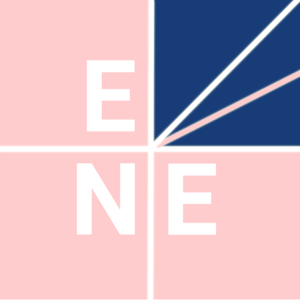 Some time in the middle years of the 19th century, an East Yorkshireman had grown sick and his horse had died. One night, when the afflicted fellow and his wife were sat by the fire, the kitchen clock began to moan.

Terrified, and convinced they had been bewitched, they called a wise man, ‘J.S.’, who was brought to the house by a coachman.

At midnight, J.S. began a ritual to defeat the witch; he read the Lord’s Prayer backwards, tore the heart from a still-living black hen, punctured it with pins and buried it. Then, as he chanted to evil spirits, he performed a conjuring trick with some “fizzing stuff” that made water boil furiously, an effect so impressive that when he offered to summon the prince of darkness himself, the coachman begged him to stop.

It may read like a scene from a Hammer Horror film, but there is reason to believe the tale is at least partly true. The events, which happened in the ancient village of Kirkburn, were recorded a few years later by a Dr Wood, of Driffield, who had heard it from the coachman. The mysterious ‘J.S.’, from Haisthorpe, was renowned as a faith healer with magical powers. On one occasion he “healed” a woman at Speeton who had been bedridden for years. The grateful woman, gripped by a religious frenzy, led her friends singing and dancing through Bridlington.

Belief in and fear of black magic and witchcraft died hard. Around the same time, in Sancton, a Rev Thomas Jackson recalled how a villager came to believe his sick wife had been bewitched by a certain old widow. The villager and his friends bought the heart of an ox and stuck in it as many pins as they could. Then, chanting some magical lines they had learned, they threw the heart into a blazing fire. The ritual lasted many hours and all the while the men believed the “witch” would feel pain as if it were her own heart being tortured. As midnight approached, they were convinced the old widow they suspected would appear to confess her crime. When she failed to turn up, they slunk home, disappointed.

A famous Driffield wise woman and fortune-teller, Susanna Gore, was known as the “Barrow Witch”. When she died in 1826, aged 90, she was said to have flown over Driffield Church on a blazing broom. Perhaps she was intent on gaining revenge for poor women who were punished as “witches” in earlier times. Three old women were brought to trial in Hull in 1583 and one sentenced to the pillory and a year’s imprisonment.

The most terrible era of witch-hunting was the 1640s, when the notorious “Witchfinder General”, Matthew Hopkins, terrorised the eastern counties. He was forced to retire in 1646 amid growing opposition to his cruel methods, but later judges were also ready to believe in fanciful claims.

A gruesome case was heard in Pocklington in 1649, when an Isabella Billington, 32, was sentenced to death for crucifying her mother and offering a calf and a cock as a burnt sacrifice. Her husband, who had also allegedly taken part, was hanged.

In 1654, Elizabeth Roberts, the wife of a Beverley joiner, was charged with witchcraft after another man saw her turn into a cat. In this form she lay on him in bed and attacked him, causing him to fall into a trance. When he recovered his senses he saw her in human form escaping up a wall. Later she appeared to him as a bee and threw him violently from one place to another, despite the efforts of five or six people to hold him down. Perhaps by inventing such claims the man was seeking to refute any accusation of assault or adultery – either that or he was mad.

Drawing the blood of a witch was thought to blunt their powers. In Skipsea, in 1650, Ann Hudson was charged with witchcraft after a sick man recovered when he scratched her and drew her blood. Other guards against witchcraft included charm stones from the Holderness beaches and horseshoes hung upside down.

Many people feared the “evil eye”. When mischievous boys tried to drive away a donkey belonging to Nanny Thrusk, of Bonwick, she came out and cast her evil eye on them. They were frozen, helpless, until she released them. She had done penance more than once in Skipsea Church, dressed in a white sheet and holding a candle. A thick, white curtain, hung inside a window, could prevent an evil eye being cast into a room.

A wise man of Barmby, George Wales (1786-1860), had carried out several exorcisms against evil spirits and witches. Some believed he was in league with the powers of darkness because he was known for locating stolen property and wandering the countryside at night. In fact he was a staunch churchman and a keen amateur astronomer.

One legend tells of how Wales visited a cursed farm where many cattle had died or gone lame. He dug a pit in the road to the stockyard and buried in it the latest victim, a young foal, while repeating an incantation. Then, he ordered horse shoes to be nailed over the stable doors. The curse was lifted.

Wales had a book of charms that included his powerful exorcism rite. After exhorting “the power of God” and Jesus Christ, he addressed the spirit: “I exorcise and conjure thee, thou fearful and accursed spirit, by the holy and wonderful names of the Almighty Jehovah … I exorcise and conjure, I invoke and command thee, thou aforesaid spirit by the power of angels and archangels, Cherubim and Seraphim, by the mighty Prince Coronson, by the blood of Abel, by the righteousness of Seth, and the prayers of Noah, by the voices of thunder, and by the dreadful day of judgment by all those powerful and royal words aforesaid, that, without delay or malicious intent, thou do quit this daughter of Adam and torment her no more for ever. These things I command thee in the power of Him who hath sanctified the name of the Father the Son and the Holy Ghost. Amen.”